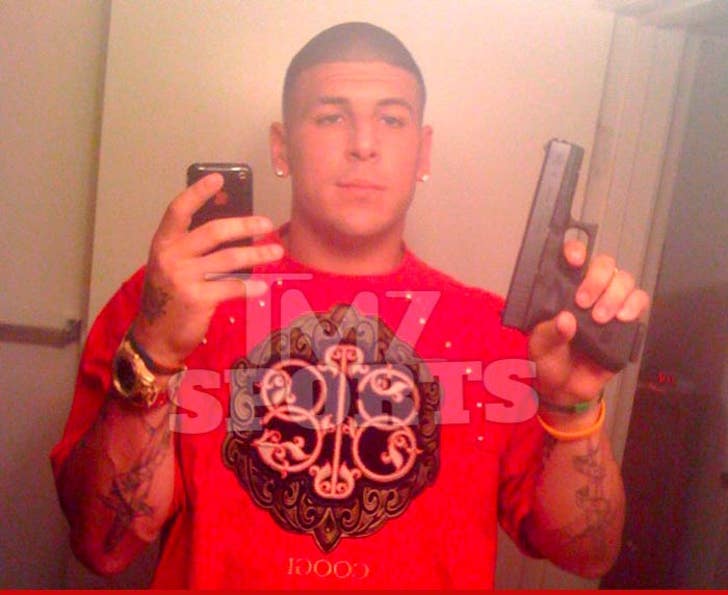 Hernandez is currently in court in an effort to have the murder charge dismissed -- but during the hearing, prosecutors raised several reasons why the case should go on ... and used the TMZ Sports pic to support their claim.

TMZ Sports published the photo back in June 2013 -- showing Hernandez taking a selfie while holding a pistol in his left hand.

The photo was subpoenaed by prosecutors -- who examined the meta-data from the pic and determined it was taken in 2009 at an apartment where Aaron was living at the time.

During today's hearing, prosecutors said the gun in the pic appears to be a "Glock firearm" -- which officials believe is consistent with the gun used in the Lloyd murder.

The hearing is still going on -- and the judge has yet to rule on whether she will toss the murder charge. 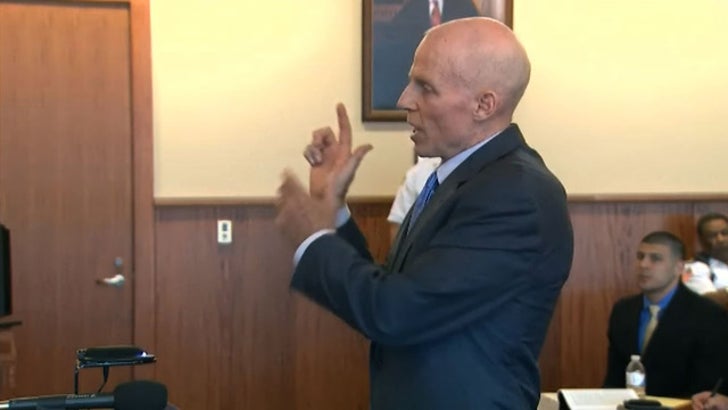