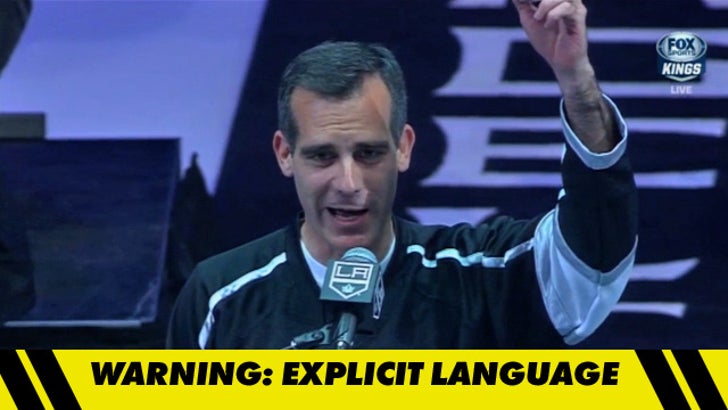 The Stanley Cup is so powerful ... it even has normally boring politicians fired up -- like L.A.'s Mayor Eric Garcetti, who decided to drop a televised F-bomb at the Kings celebration today.

The L.A. Kings victory parade ended with a ceremony at Staples Center ... and Garcetti took the mic to gloat about winning a bet with NYC's mayor. Then, on LIVE TV, said ... "They say never ever be pictured with a drink your hand and never swear, but this is a big f***ing day."

Watch the clip -- Garcetti totally caught the censors off-guard (they bleeped him a second too late), and you can imagine how the crowd reacted.