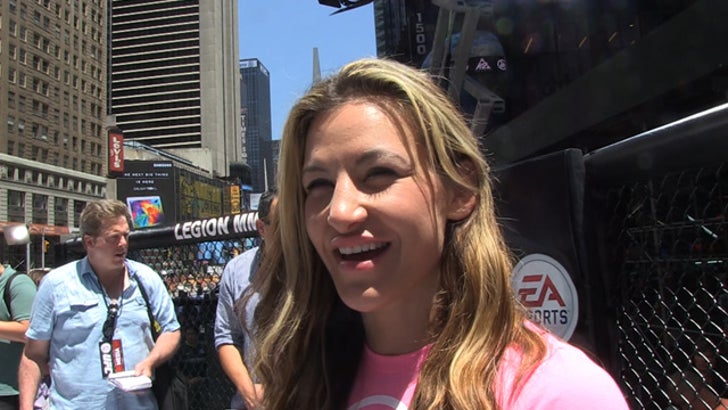 Another vagina mystery solved ... yes, it HURTS when chicks get kicked in the lady junk during an MMA fight ... so says UFC badass Miesha Tate.

Tate -- who was out promoting the new EA Sports UFC video game -- admits the pain of getting cracked in the hoo ha doesn't compare with a shot to male genitals, but it hurts nonetheless.

But it's not always the person on the receiving end of the she-crotch shot who winds up in pain -- Miesha says there's one fighter who has an "iron vagina" ... and it almost broke Tate's foot during a snap kick to the groin.