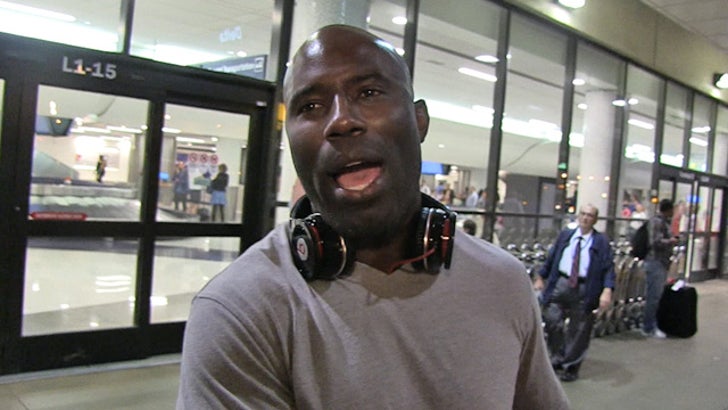 You can't keep NFL players from celebrating after a TD ... so says NFL legend Terrell Davis, who tells TMZ Sports the players will have to find loopholes to avoid the dreaded celebration flag.

The Denver Broncos legend -- who famously used the Mile High Salute when he scored -- was at LAX this weekend when he told us ... just because the NFL is cracking down, doesn't mean we've seen the end of the 6-point celebration.

And one of the men leading the charge to get around the rules, according to TD, is one of the best players in the league.

Bonus -- TD also talks some smack on his friend Curtis Martin ... telling us why he had the better NFL run, despite the fact Martin is in the Hall of Fame. Check out the clip.