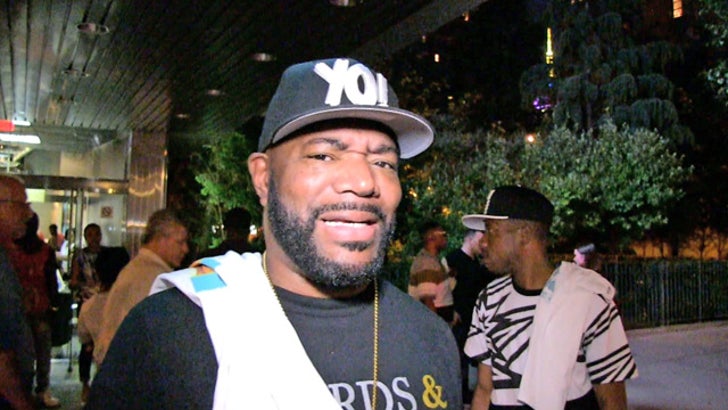 Ed Lover is giving MTV a major "C'MON SON" ... telling us there will never be a "Yo! MTV Raps" again because he refuses to go back to being "owned" by a network.

Ed, of course, co-hosted the groundbreaking show with Dr. Dre in the '80s and '90s -- but when we asked about a reunion last night in NYC ... he unloaded on his former employer and made the gig sound like it was slavery.

Ed told us, "MTV owned us. Now we own" -- and added he's creating his own checks now through a venture called Hip Hop Now.

But watch -- even though he taped a 30-minute 'Yo!' retrospective in Dec. 2012 -- Lover sounds angry as hell about how it ended with MTV almost 20 years ago.