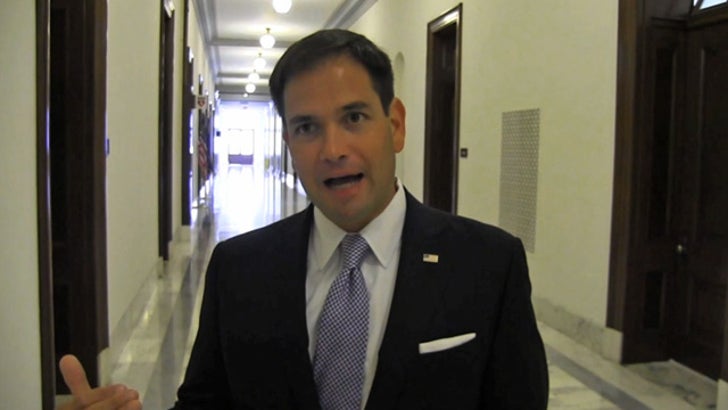 Rumors be damned, LeBron James is COMING BACK to the Miami Heat ... so says Florida Senator Marco Rubio.

Of course, James has said he won't make any decisions about his future with the team until after he takes a vacation with his family ... but Rubio says it point blank -- "LeBron's coming back."

However, Rubio says the real mystery is surrounding Dwyane Wade and Chris Bosh -- and whether they have a future in Miami.

"It's just a question of money ... how do you fit another 8 or 9 quality players if all your money is tied up in 3 people?"

"Dwyane Wade is gonna have a tough decision to make about what role he wants to play moving forward and how much he gets paid," Rubio says ... "I think Chris Bosh has a similar decision to make."