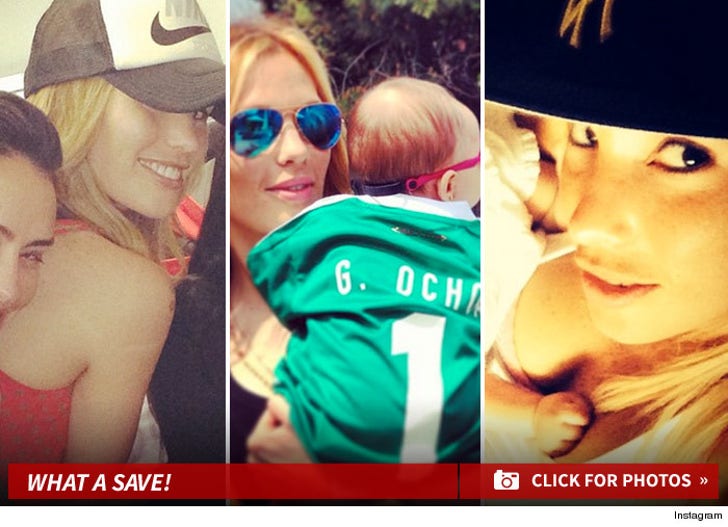 Ochoa's lady is Mexican model Karla Mora ... his rebound after dating a Mexican actress and singer Dulce Maria (apparently, dude does pretty well with the ladies).

Ochoa and Mora have a young daughter together -- she was born last year -- but so far, it seems the couple has yet to tie the knot.

After the performance he had against Brazil ... and the huge contract he'll probably get after the World Cup ... might not be a bad decision for her to lock that up! 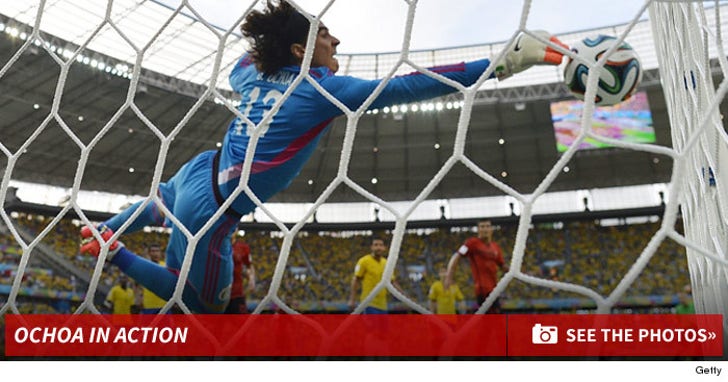