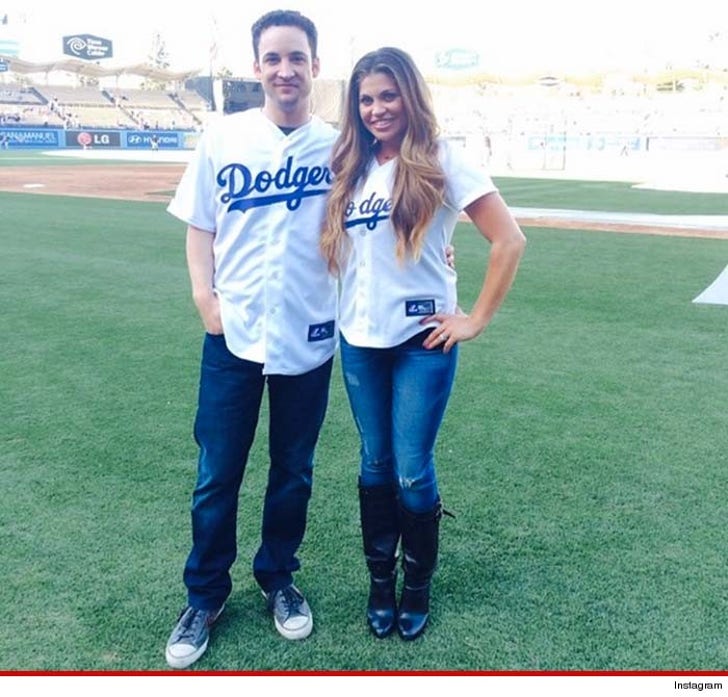 Despite the fact she was with Ben Savage to throw out the first pitch, "Girl Meets World" star Danielle Fishel says she MISSED Clayton Kershaw's historical no-hitter ... BECAUSE SHE LEFT EARLY!!!!

There were rumors that Danielle and Ben peace'd out in the 4th -- but D.F. says it's not true ... she left WAYYY before that.

"I left before the start of the 1st inning," Fishel tells TMZ Sports ... "I had been up since 3AM doing press [for the show]."

But Fishel says the fact she boned out early is a good thing for Dodgers Nation -- "Kershaw achieved something amazing. If I had stayed, I may have jinxed him."

Danielle explains ... "I missed a chance to see history, but I live in Orange County and I have a husband and a dog and other responsibilities that come before having a good time at a Dodgers game, unfortunately."

"I did everyone a favor because the stars aligned for the Dodgers that night."