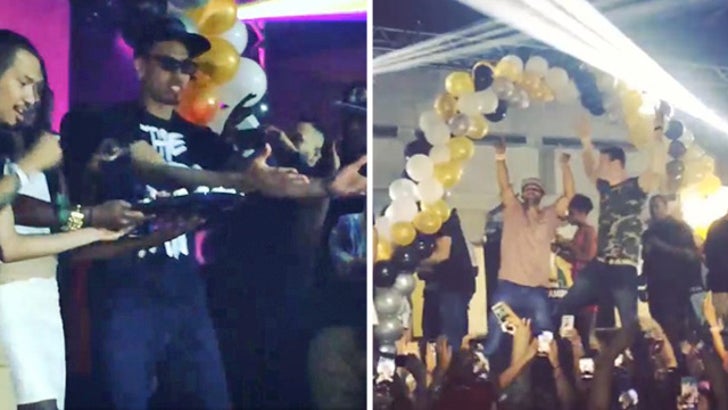 The San Antonio Spurs aren't partied out just yet ... 'cause a bunch of the guys hit the club in S.A. to celebrate Danny Green's 27th birthday ... and TMZ Sports has the footage.

Green -- along with Aron Baynes, Cory Joseph, and NBA Finals MVP Kawhi Leonard -- celebrated the big 2-7 at Club Rio ... where the gang got on stage and danced the night away.

We're told the Spurs players spent the night poppin' bottles in V.I.P. status -- and were very cool with fans ... taking pics and chattin' with people all night long.

And get this ... the club provided special cupcakes for Green's group -- but they weren't selfish with the baked goods and had the servers pass some of them out to the crowd.

Charles Barkley Fun Fact -- there are no fat chicks in this video ... despite the fact it was shot in San Antonio (though the people loved the cupcakes).