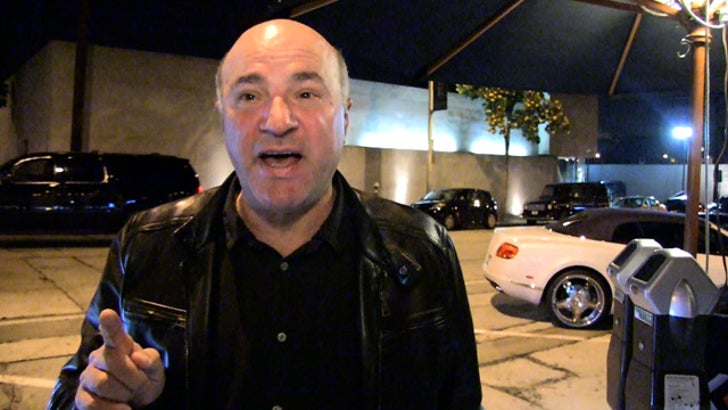 He may be a racist ... and an ahole ... but when it comes to dollars and cents, disgraced Clippers owner Donald Sterling is a LEGEND in the investment community ... so says "Shark Tank" star Kevin O'Leary.

Mr. Wonderful was out in L.A. last night when we asked about the risks of investing in pro sports franchises ... and that's when the financial genius brought up Sterling.

"I think sports teams are based on losing money while you own them and hoping somebody else pays a lot more later. That has certainly been the truth. I mean the Sterling situation really accentuates that."

O'Leary explained that people can argue about the content of Sterling's character ... but at the end of the day, you can't argue with the cold hard numbers.