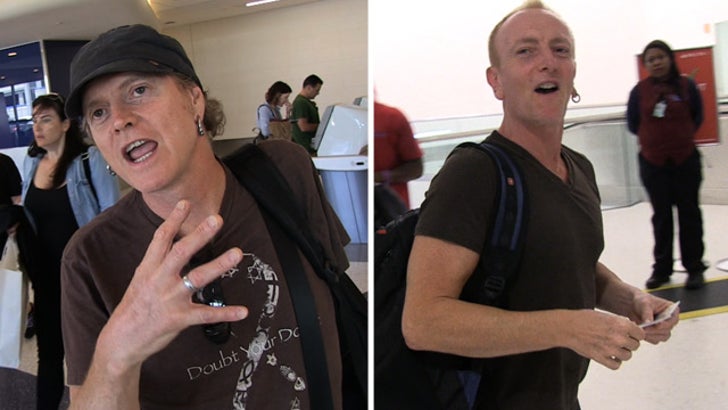 Some people were SHOCKED by Team England's choke job at the World Cup -- but the guys from Def Leppard tell TMZ Sports they saw it coming from a mile away.

Rick Allen (drummer) and Phil Collen (guitar) -- both born and raised in England -- were at LAX this weekend when they told us losing the W.C. is just part of the Brit's DNA these days.

"They're just not very ... they haven't quite got it," Collen says ... "I think they just haven't got the get-up and go. That's been the British thing."

So, what's the solution? It doesn't sound like these guys think there is one.