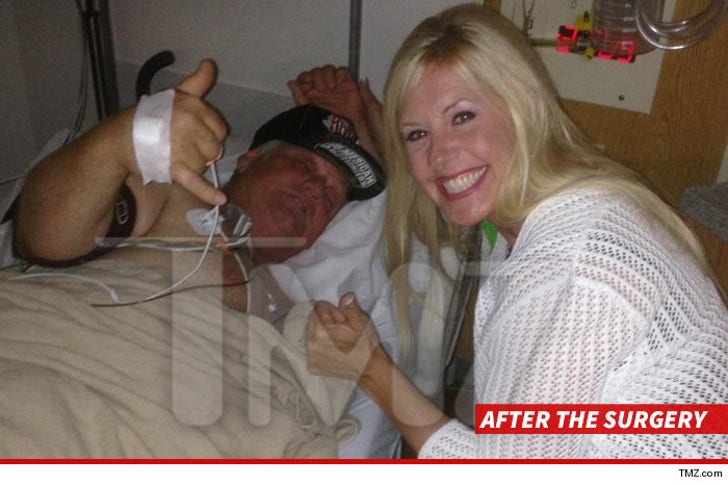 Laura Dotson tells TMZ her husband immediately decided to quit smoking after he woke up from a successful surgery on Wednesday -- because doctors said it would greatly reduce the risk of a repeat incident.

We're told Dan's excited to finally be smoke-free -- he's been puffing for 40 years -- and his 16-year-old son was so inspired by the move, he also pledged to focus on living healthier.