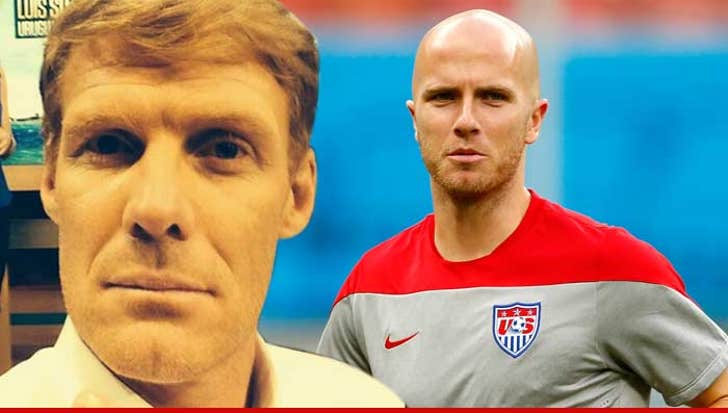 Alexi Lalas wants everyone to STOP PICKING ON MICHAEL BRADLEY ... claiming it wasn't his fault Team USA blew it against Portugal yesterday -- instead, he's pointing the finger at 2 other players.

Let's face it ... Bradley has been under fire for the way he nonchalantly gave up the ball in the final seconds of the match ... leading to a Cristiano Ronaldo-assisted goal with time winding down.

But Lalas is adamant ... the blame doesn't belong with Bradley -- tweeting out to the critics, "Stop it. The goal was not because Michael Bradley lost the ball. It wasn't a complicated play. Defenders needed to defend."

Boom -- calling out the defenders ... Alejandro Bedoya and DaMarcus Beasley.