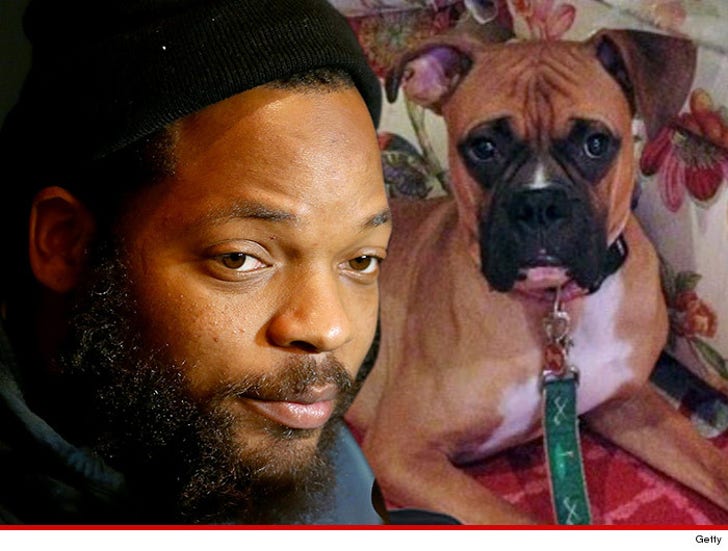 NFL Star Michael Bennett is officially out of the dog house ... settling a 5-figure debt with a doggy hotel where he abandoned a puppy last year ... TMZ Sports has learned.

We broke the story ... the former Tampa Bay Bucs player star ditched his 4-month-old boxer puppy Koa at the Lucky Dog Boarding Facility in Tampa Bay in 2013 when he signed with the Seattle Seahawks.

Lucky Dog claimed they tried like hell to get ahold of Bennett -- but he kept blowing them off and never paid the bill.

But after months of chasing the guy ... and 3 months after M.B signed his new $28 million contract with Seattle ... the attorney for Lucky Dog tells us they FINALLY got a check from Bennett for $10k ... thus, ending the legal war for good.

As for Koa, he doesn't just have a new home -- thanks to the Florida Boxer Rescue -- he also has a new name ... Quigley!

We're told the pup is "doing great" ... and has grown into a healthy, beautiful, smart and friendly dog who's loved by his new family.