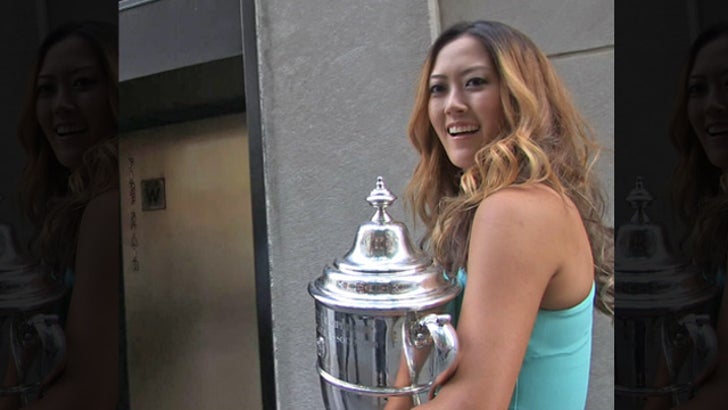 As if winning the U.S. Open and celebrating with a twerk video wasn't cool enough ... Michelle Wie tells TMZ Sports she once BEAT MICHAEL JORDAN in a round of golf ... for cash!!!

Wie was out in NYC this morning -- schlepping around her U.S. Open trophy -- when she told us MJ is her neighbor ... and every now and then they get on the links together.

So, knowing MJ's penchant for gambling ... we had to ask -- have you ever played Jordan for cash???

Wie smiled and said, "I've won some money off him."

No word on how MUCH she took from His Airness, but MJ is known to gamble with BIG MONEY ... especially on the golf course ... so, Wie probably bought herself a nice steak dinner that night.