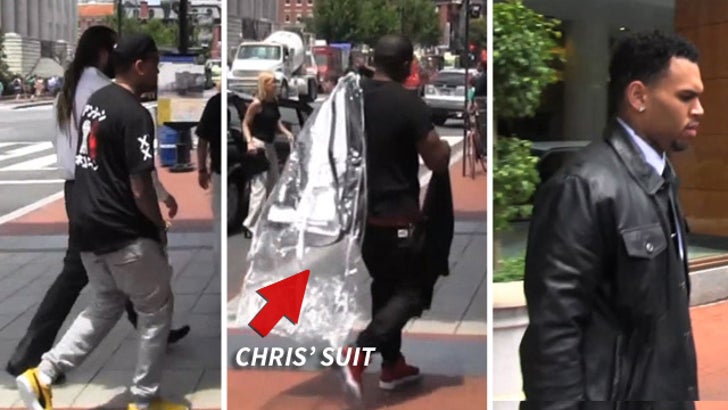 TMZ caught up with Brown as he darted into his lawyer's office for a wardrobe change before his D.C. court appearance.

Chris was close to copping a plea but the deal fell apart because the prosecutor and Chris' lawyer, Mark Geragos, couldn't agree on a statement of fact about the events leading to the alleged assault.

Chris has said all along ... he didn't attack the alleged victim last year outside a hotel.

If Chris had pled guilty to assault, he would not have to serve any additional time in jail. Now it looks like he's going to trial so jail is on the line again.

A trial date has been set for September. Brown's bodyguard, Christopher Hollosy, has already been convicted of the assault.