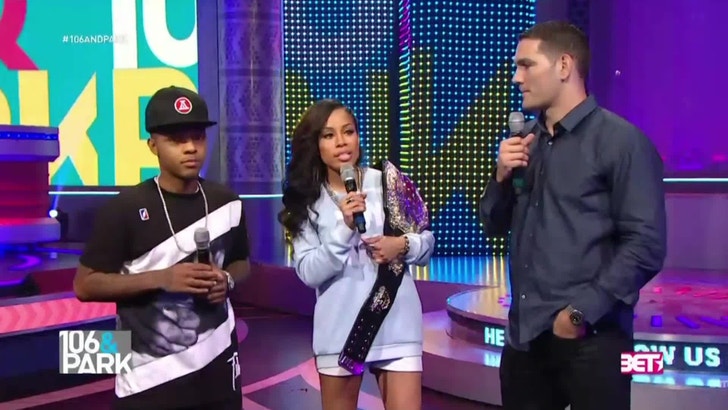 It takes a lot to impress UFC middleweight champ Chris Weidman when it comes to fighting ... but CW says Jay Z's performance in the infamous elevator rumble got him some major MMA cred!

Weidman was on BET's "106 & Park" earlier today when he was asked who he thinks would win in a celebrity UFC fight -- Jay Z or 50 Cent.

He made pretty good cases for both rappers ... but at the end of the day, it seems he was more impressed with Hov -- "We know he can take a beating, we saw the elevator footage."