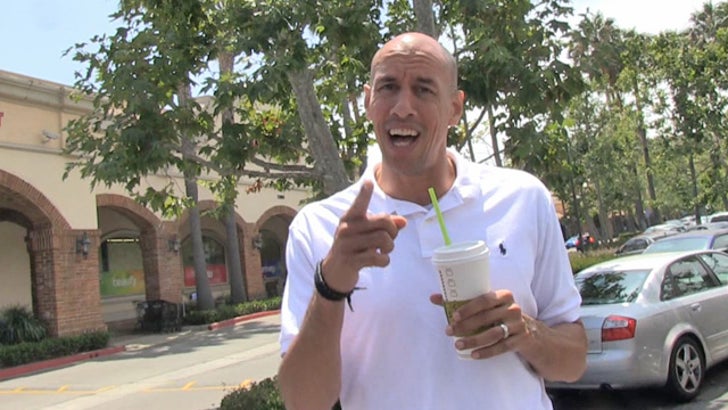 The World Cup is full of AMATEURS!!!!! At least when it comes to flopping ... because none of the fake-injury-having, soccer cry-babies could hold a candle to the greatest of all time ... Vlade Divac!

Vlade's former Sacramento Kings teammate Doug Christie was out in L.A. the other day -- when we asked how he thought the King of the Crumble would fair with all the fakers in Brazil.

You gotta hear the kind of high praise Christie bestows upon Vlade -- it's clear, if there was a Mount Rushmore of Floppers ... it would only consist of Vlade, Vlade, Vlade and Vlade.