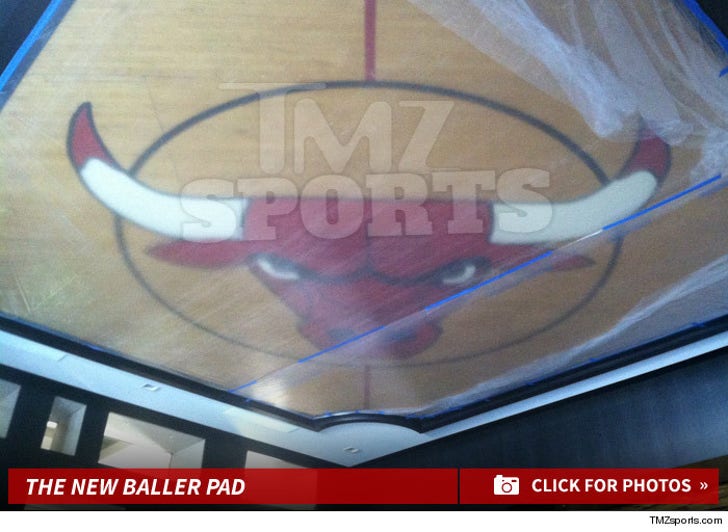 They say he OWNED the court when the Bulls played in Chicago Stadium ... but TMZ Sports has learned Michael Jordan only owns a PIECE of the court ... and it's displayed in his Florida mansion.

Sources close to Michael tell us ... MJ had the court section installed into his 28,000 square foot home in Jupiter, FL -- which he moved into back in 2013.

We spoke to the Bulls who confirmed, "Michael does have a piece of the court with the Bulls logo."

The rep added, "Years ago when the Bulls went from Chicago Stadium to the United Center, Michael took the center court portion of the court."

Unclear if he paid for it ... but we're guessing it was gift for ... you know ... the championships.