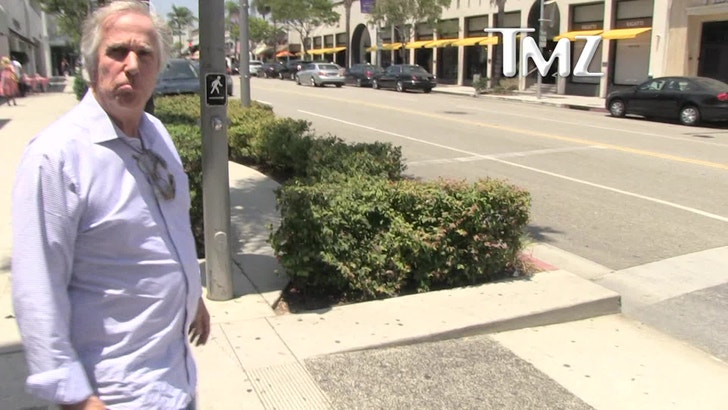 Henry Winkler -- nicest guy in Hollywood – just learned something shocking about his own very famous last name ... that it's a euphemism for a lewd sex act ... and he ain't happy.

The Fonz was cruising through Bev Hills when we hit him with the news that "Winkler” is now in the Urban Dictionary and the definition is hilarious:

"The winkler consists of unzipping one's pants and waving one's penis at women until one of the women winks at the man doing the winkler thus confirming the hook-up."

Hint: He's already come up with a name change. Sadly, it's not Henry D. Sanchez. 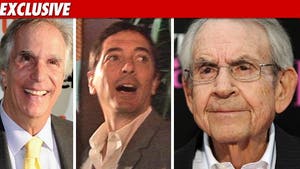 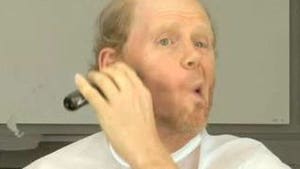 The Return of Opie, Sheriff Andy and The Fonz