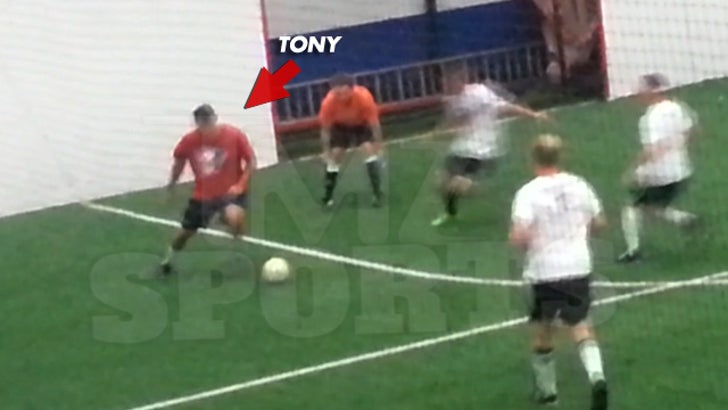 Tony Romo might've given up off -season golf to rehab his ailing back, but that OTHER football? Not so much -- cause TMZ Sports has video of the Cowboys QB kickin' it hard on the soccer field.

Romo has made a big deal about putting down the golf clubs so he can rehab -- but he was back in Dallas this week, and back playing in the 6-on-6 indoor soccer league he's been a part of for the past couple of years.

The video speaks for itself -- Romo looks perfectly healthy and even a little quick out on the pitch, making some nice passes and firing a shot just wide of the goal.

FYI -- Tony's team won, which can only mean one thing ... It wasn't the playoffs.