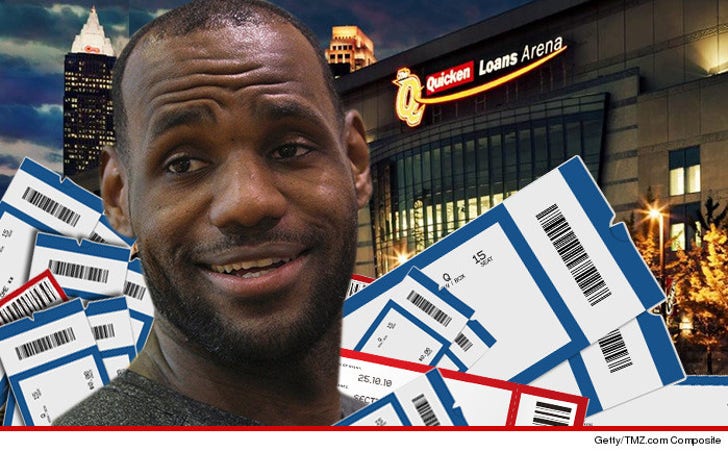 If you want a season long pass to witness Lebron James' return to Cleveland next year, the clock is ticking ... because TMZ Sports has leaned that Cavaliers season tickets are nearly gone.

Just eight hours after Lebron announced he was returning the Cavs, box office sources tell us there are less than 50 packages available (as of the time of this post).

Although there's been a steady uptake in sales since the rumors of a possible return began, business predictably EXPLODED when James made his intentions official this morning.

But that doesn't mean all hope for catching the new look Cavs are lost, individual non-season ticket sales haven' even started yet -- but when they do, expect chaos.

FYI -- You can't even buy tickets from the box office unless you call Ohio home, 'cause they won't sell them to any outsiders. Bummer.