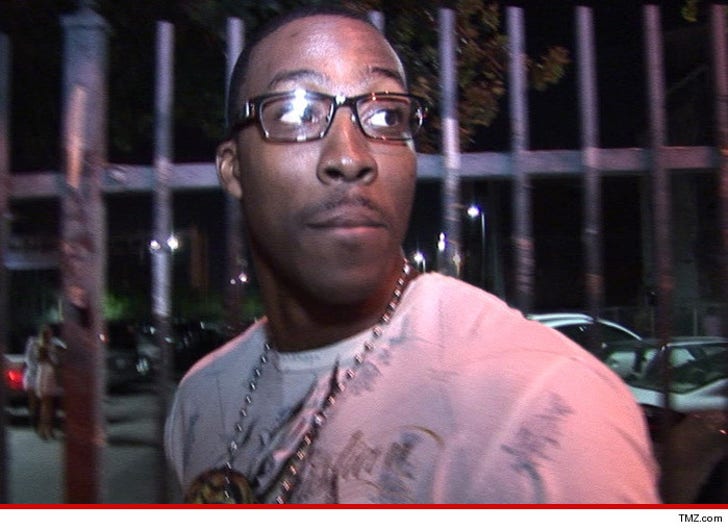 Dwight Howard has stepped right into the middle of a heated political issue -- tweeting #FreePalestine ... and then immediately deleting it, apologizing and calling it a "mistake."

It all went down Saturday afternoon -- the NBA star offered no explanation as to why he posted the #FreePalestine tweet ... but it seems it was motivated by the current situation in the Middle East.

Moments after the tweet went up ... it went down ... and the backpeddling began, with Dwight writing, "Previous tweet was a mistake. I have never commented on international politics and never will."

Then came the follow up ... ""I apologize if I offended anyone with my previous tweet, it was a mistake!"

Wonder how Amare Stoudemire is gonna feel about it? 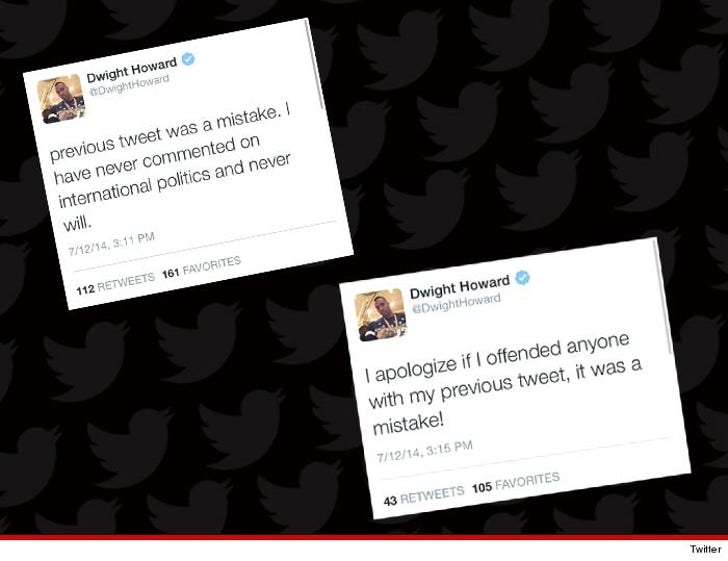