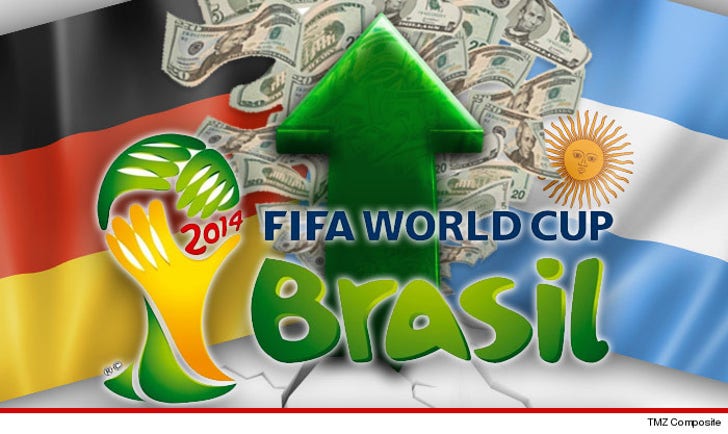 The World Cup has been HUGE for the flag industry -- with sales of Germany and Argentina flags BOOMING in the U.S. with their incredible run ... but one flag is doing WAY better than the other.

TMZ Sports spoke with multiple MAJOR U.S.-based flag companies who tell us sales of German flags are up 800% since the tournament started ... and Argentinian flags up 400%.

So, who's selling more overall? That victory goes to Germany.

According to Annin Flagmakers, the largest wholesale flag manufacturer in the U.S., German flags are outselling Argentina flags 3 to 1

We also spoke with a rep for AAA Flag & Banner, a retail store with locations across the country, who tells us, "We sold almost all our of German flags [the day after they advanced to the finals]. We're ordering more. They're selling like hot bread."

You win this round, Germany ... we'll see if they can take the other matchup when the two countries face off later today.