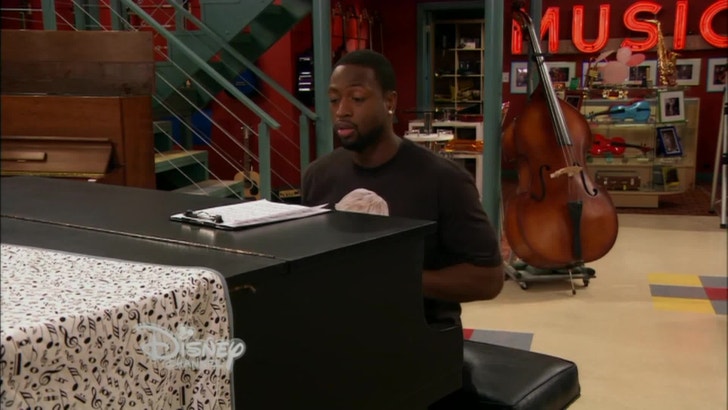 Who needs LeBron? Dwyane Wade proved he's a helluva solo act -- flexing his TERRIBLE singing voice in the name of comedy on a Disney Channel show last night ... and it's pretty great.

Wade had a pretty huge role on "Austin & Ally" -- playing himself ... but there was a twist -- he had an unhealthy obsession with Austin (who's a huge pop star on the show).

In one clip, Dwyane tries to prove he can sing in an effort to perform with Austin at a live concert .. his audition is predictably terrible -- but it's supposed to be and Wade nails the bit.

Spoiler Alert -- Austin eventually allows Wade to perform with him (Wade sings along with the hook) and everyone lives happily ever after.