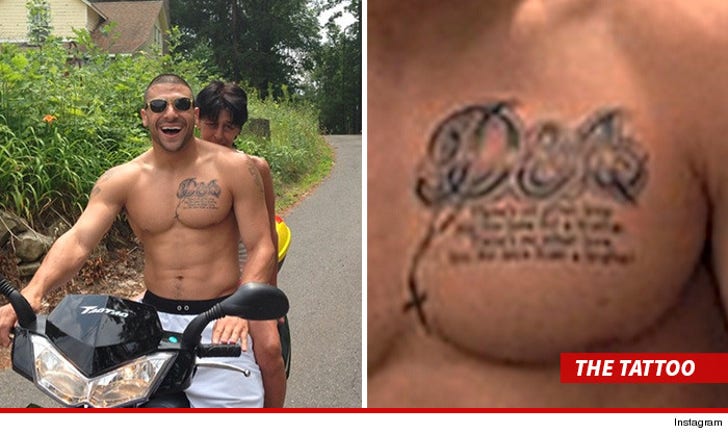 Aaron Hernandez still has one supporter who's standing by his side while he faces murder charges -- his brother D.J. ... who recently showed his allegiance with a brand new chest tat, TMZ Sports has learned.

28-year-old D.J. -- Aaron's older brother -- is now sporting a tattoo on his chest that reads, "D&A" ... a combination of the first two letters of their names.

It appears D.J. only got the tat within the last few months -- while Aaron was locked up in Bristol County Jail awaiting trial for the murder of 3 people.

Just three weeks ago, D.J. posted a photo on Instagram on "Throwback Thursday" ... showing him and Aaron embracing on the day Aaron was drafted into the NFL. He included the hashtag, "D&A."

We reached out to DJ. for comment -- so far, no word back. 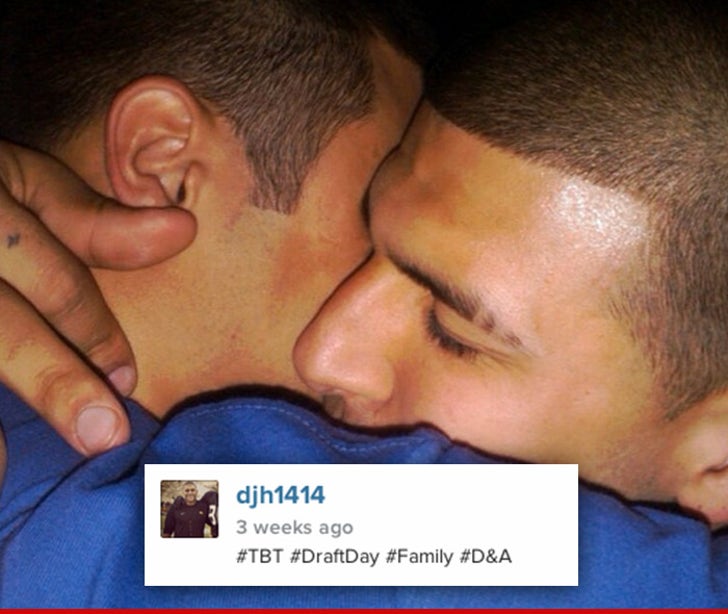