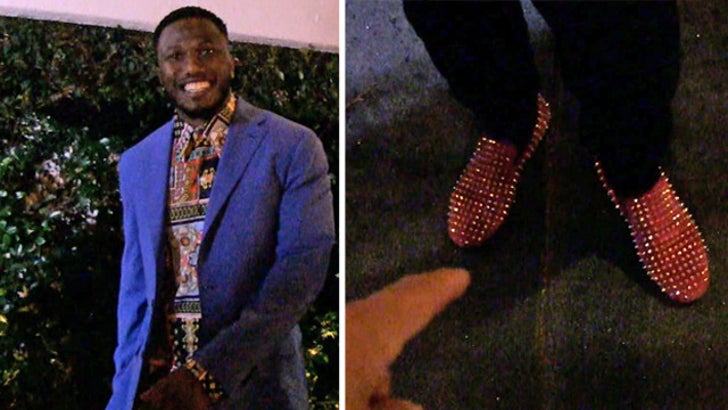 It's not just women who go crazy for the Red Bottoms ... men love them some Louboutins too ... just ask NFL star Brandon Flowers ... who rocked his $2,000 kicks out last night!

Flowers -- who just signed a 1-year contract with the Chargers -- hit up a Hollywood party in his red "Dandy pik pik" Louboutin shoes ... which retail at a cool $1,995. 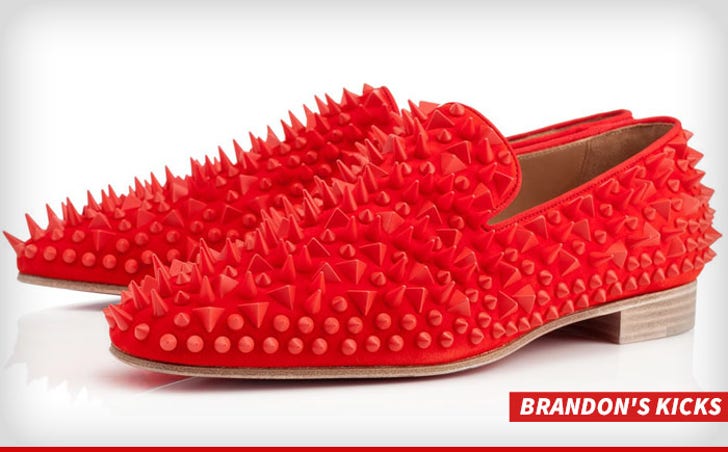 For the record ... on Louboutin's website, the designer warns, "If shoes could be deadly, "Dandy Pik Pik" would kill."

As for Brandon -- the guy was super-nice and explained his fashion strategy on his way into the party last night.

Just one thing -- our in-house fashion expert (Anna) tells us Brandon says the name of the designer wrong: "It's pronounced Louboutin ... NOT Louie Bitton!"