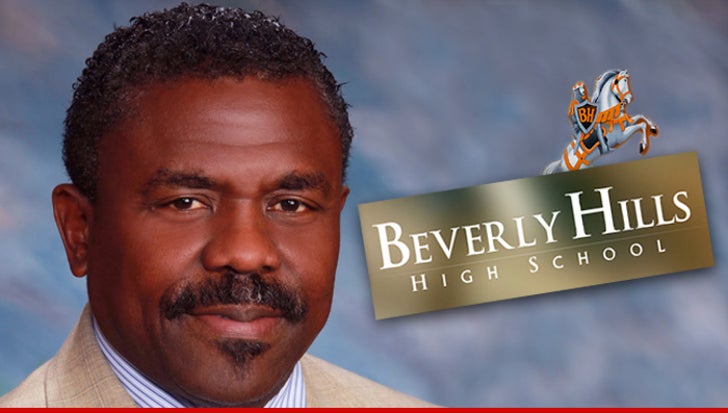 The principal of Beverly Hills High School -- the inspiration for "90210" and the alma mater of a gaggle of celebs including Angelina Jolie, Nic Cage, Lenny Kravitz and Monica Lewinsky -- claims the school district is out to get him and every other African-American who works there.

Carter Paysinger claims in a new lawsuit -- obtained by TMZ -- the all-white Beverly Hills School Board targeted him because he's Black. He says one member told him, "One of the problems that you have is that you don't look like what a principal of Beverly Hills High School should look like."

Paysinger says another member once said, "It would be easier if he had lighter skin ... and he looks more intelligent when he wears glasses."

Paysinger has worked for the district for 4 decades, as a longtime football coach who became principal in 2010. In fact, he was a student at BHHS ... he was the black version of Andrea Zuckerman, who was bussed in ... well, not from the Valley, but from South Central.

But it gets a little tricky. Paysinger was investigated by the L.A. County D.A. for wrongfully taking money from students who attended a summer sports camp. The camp was privately funded but was held on campus. Paysinger said he had been taking a fee for 15 years and everyone knew and no one complained. Ultimately the D.A. rejected the case.

And the Principal says the District is now out to get him and his family. He claims

the Board has made a decision to rid the school of all minorities.

Paysigner is still principal but he feels the District has tarnished his reputation so he's suing for damages. 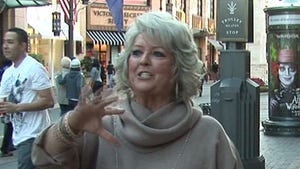 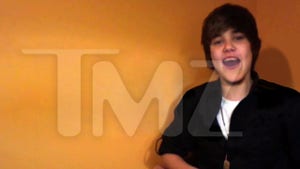 You Might Want to Rethink CELEBRITY JUSTICE ™ Politix Exclusive