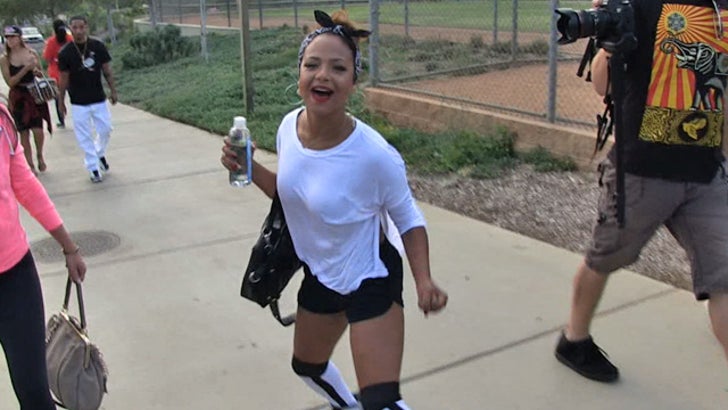 Christina Milian made one thing clear Saturday in Glendale ... she's NOT doing the horizontal cabbage patch with Lil Wayne.

The 32-year old singer sauntered into Chris Brown's celebrity kickball game in a killer set of shorts ... and had no problem talking to us about her platonic relationship with Weezy.

Milian recently signed with Young Money Entertainment and Wayne is planning to roll out her music in a big way. They were all handsy a week ago ... but it looks like it was all put on.

Christina wouldn't rule out a relationship with Wayne -- when we asked if she'd date a producer or manager she happened to be working with ... Milian had a very calculated reaction. 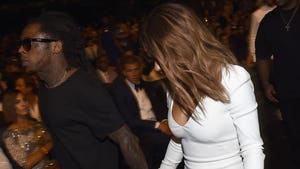 Lil Wayne & Christina Milian -- Not Dating, Just Business ... Cause That Would Be WEIRD