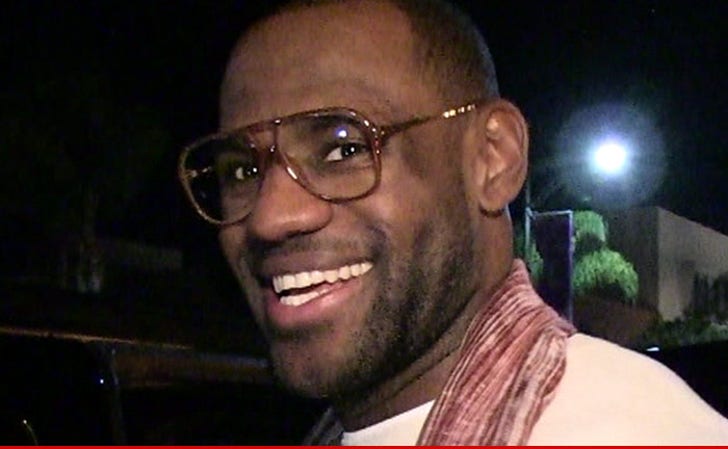 LeBron James' cupcake apology keeps getting better -- because now we've learned the NBA star dropped nearly $2k on the treats for his Akron neighbors ... and HALF of the bill is going to charity.

TMZ Sports has learned ... LeBron's people initially called the Baker Boulevard Decadent Cupcakes store a few days ago and ordered 840 cupcakes to send to neighbors to apologize for the media madness that consumed the neighborhood during his big NBA decision.

We spoke to the owner Lakisha Williams who tells us ... the bill totaled $1,890 ... and HALF of the money will be donated to LeBron's "Wheels for Education" charity organization.

In fact, Lakisha tells us ... the cupcakes James ordered (420 cherry cola and 420 chocolate chunk) were created specifically for Bron's foundation -- and a portion of the daily sales of those cupcakes are donated to charity as well.

And get this ... when we asked if LeBron got a discount for the 840 goodies he bought for his neighbors, Lakisha told us he'd NEVER ask for a discount since he knows the money goes to the kids. 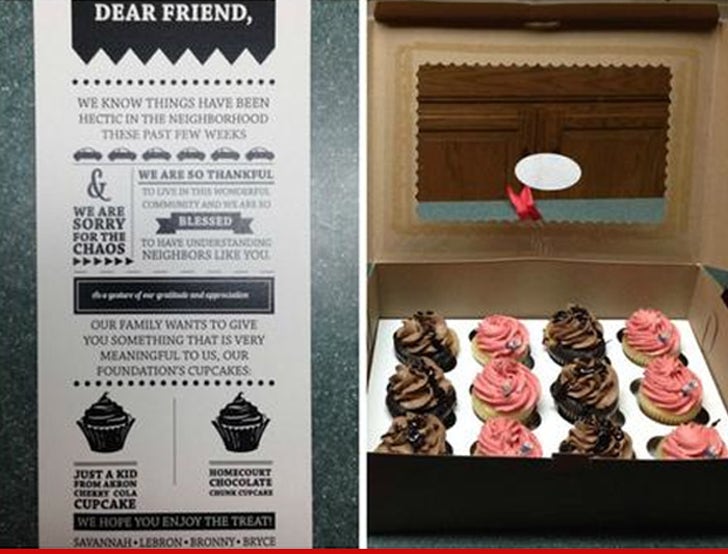