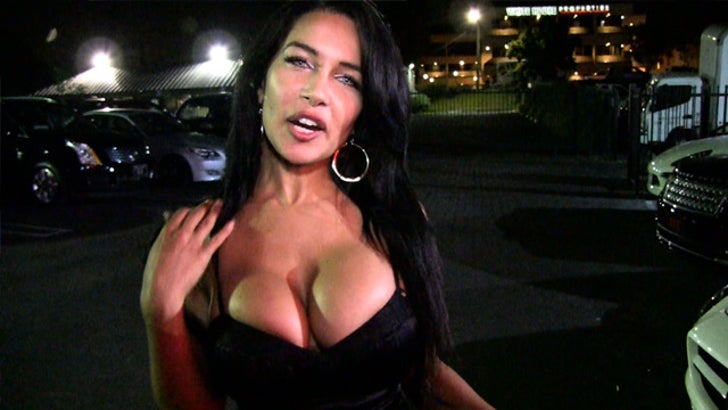 Playboy model Nasia Jansen has two huge talents ... MASSIVE talents ... and if she wanted to, she could use 'em to take down even the toughest of men.

Yes, you guessed it -- Nasia is a nunchucks specialist ... and Tae Kwon Do expert.

The Playboy Cybergirl (of German and Tunisian descent) somehow caught our attention in L.A. ... and revealed she's deadly with Michelangelo's weapon of choice.

Her story is actually pretty interesting -- telling us she got into martial arts as a kid to protect herself because she grew up in a bad area. Also, her inspiration is Bruce Lee.

But the best part ... she proves her talent during a bikini weapons exhibition ... where she BUSTS OPEN BOARDS LIKE IT'S HER JOB!!!!