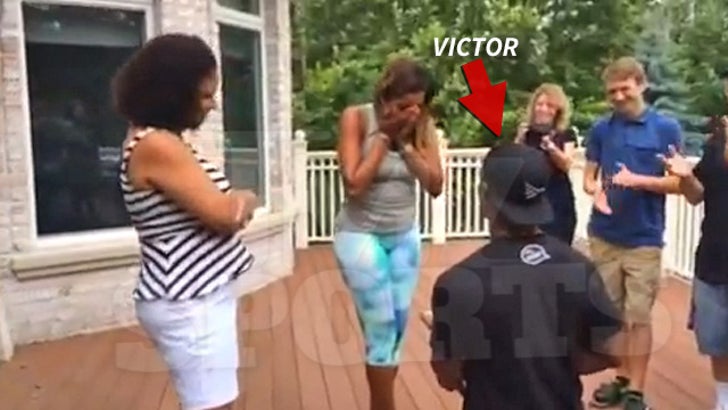 NY Giants star Victor Cruz is about to make you cry ... or at least tear up ... 'cause TMZ Sports has the video of his surprise marriage proposal to his longtime GF -- and it's downright romantic.

It all went down at the WR's church in New Jersey on July 13th -- where Cruz and his GF Elaina were hosting a "baby dedication" for their daughter Kennedy.

Cruz was leading friends and family in a prayer over the food -- when he suddenly pulled off the biggest trick play of his career ... surprising Elaina by getting down on his knee and pulling out a fat diamond ring!

FYI -- Victor and Elaina have known each other since 2003 ... when the two were just high school kids.

Now go watch the clip ... and make sure you've got some tissue handy. 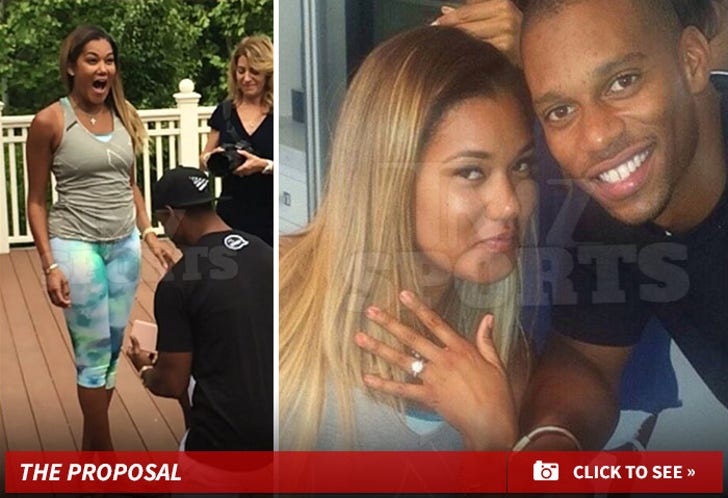