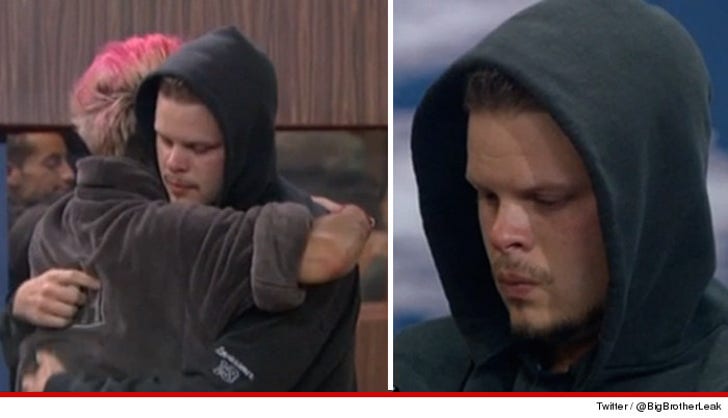 For the second time in days, a "Big Brother" houseguest got shocking news from the outside world about a family member's death -- this time it was Derrick Levasseur's grandfather.

On tonight's live feed, houseguest Derrick was handed a note from producers -- like Frankie Grande on Wednesday evening -- and learned of the death in his family.

It's eerie … Derrick purposely lost the Head of Household competition on Thursday so Frankie would get a chance to see photos of his grandfather who died on Tuesday.

Derrick shared his news with Frankie in the house tonight … and said his family isn't as close. He said he wasn't planning to leave the house for the funeral on Sunday.

As we told you … it is extremely rare for producers to break the 'BB' house quarantine even once in a season.