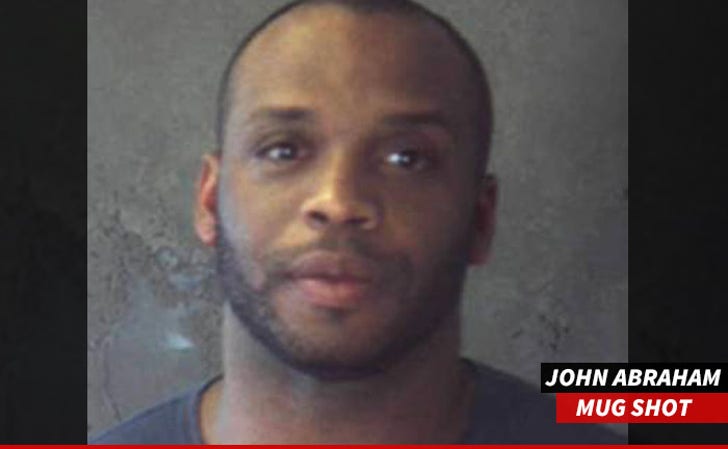 NFL star John Abraham was leaving the Pink Pony strip club -- AT 4PM -- when he was arrested for DUI in Georgia ... this according to a police report obtained by TMZ Sports.

The Arizona Cardinals linebacker was popped on June 29th in Dekalb County ... when cops say they saw a vehicle stopped in the middle of the road with Abraham asleep at the wheel.

Cops say they pounded on the doors and screamed at Abraham for several minutes before he woke up -- and when he did come to, they immediately smelled booze on his breath.

Cops say, "He appeared confused and rambled while speaking."

Then there's this ... "Abraham stated he was coming from the Pink Pony, a strip club and bar" -- and told the cops he only had two drinks while inside.

Did we mention cops say this all went down at 4 IN THE AFTERNOON?!

Cops say Abraham admitted that he didn't feel safe on the road -- and when asked, said he was NOT sick or on any type of medication.

According to the report, Abraham bombed several field sobriety tests -- including the alphabet -- but declined to take a breathalyzer test.

Cops arrested the 36-year-old -- but he was too big to seatbelt in the squad car.

Abraham was ultimately charged with DUI and improper stopping in the roadway.