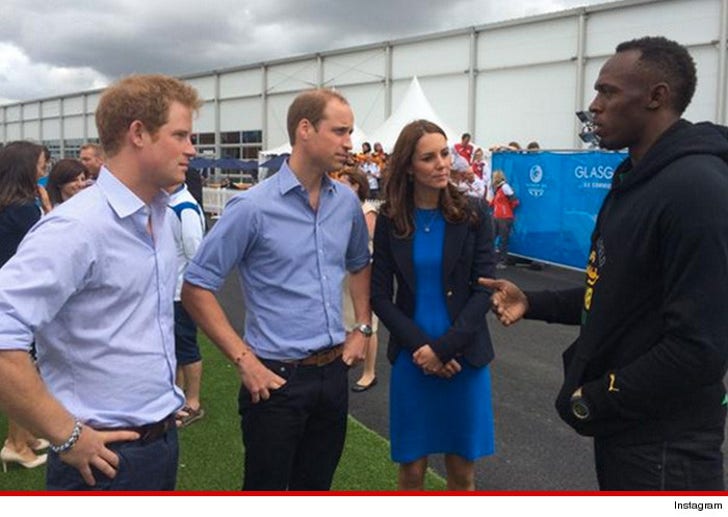 How does Usain Bolt take advantage of being the fastest human of all time? By hanging out with some of the richest human beings of all time -- the British royal family.

Bolt is in Glasgow for the Commonwealth Games to dominate some less fast people ... but the guy stopped everything to have a quick chat with Prince William, Prince Harry and Princess Kate.

Usain and Harry seemed to be getting along great -- and it's probably obvious why ... they both have a solid reputation for partying!!

Harry's raged all over the world ... most famously in Vegas where he played some naked billiards with some hot chicks.

And Usain's logged some quality partying miles too -- pounding Patron on the beach, daggering in nightclubs and even hollering at Rihanna!!

Seriously, these guys could be BFFs. 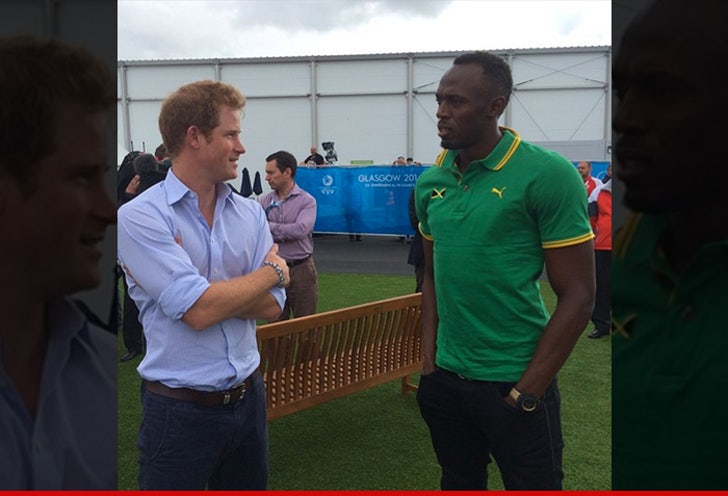