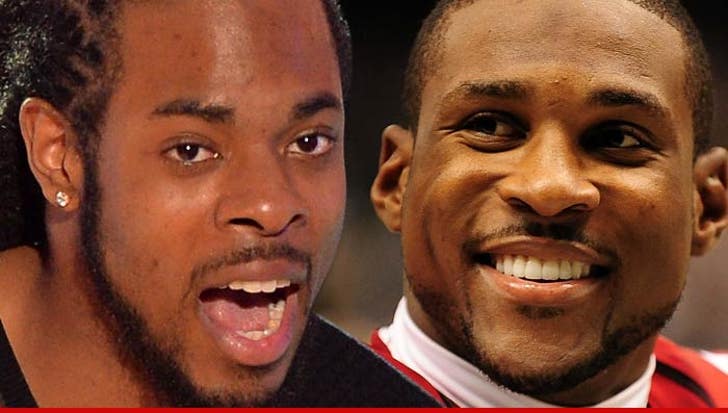 Stop us if you've heard this one before ... but it seems Richard Sherman's gotten himself into another beef with an NFL superstar.

This time, the Seattle Seahawks star is trading barbs with Arizona Cardinals cornerback Patrick Peterson ... who just signed a $70 million contract extension -- making him the highest paid CB in the league.

After the news broke, Sherman (who recently signed a $56 contract) retweeted a stat that took aim at Peterson -- "Richard Sherman and Patrick Peterson combined to allow 8 touchdown passes in 2013. Peterson gave up seven of those."

Then came Sherman's retort ... and really a "drop the mic" moment ... when he posted a pic sporting his Super Bowl ring saying, "Can't ever be too mad lmao..." 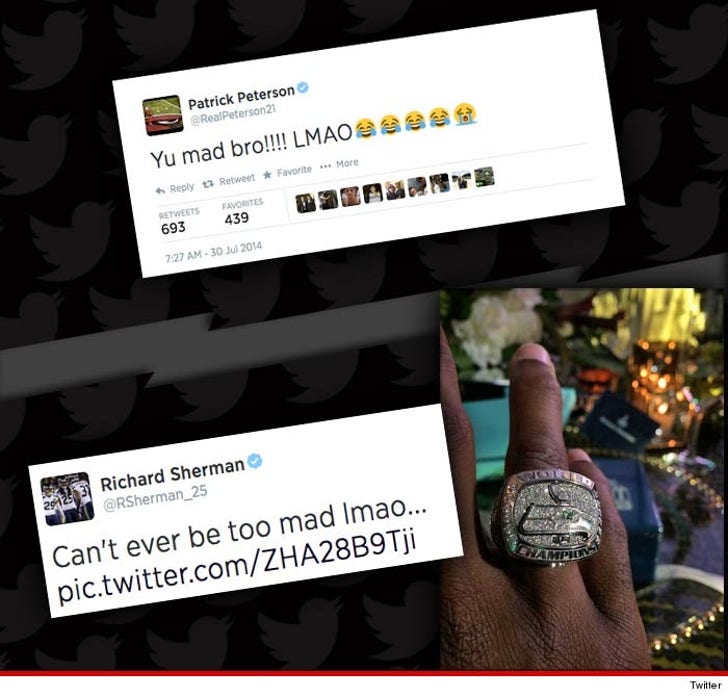