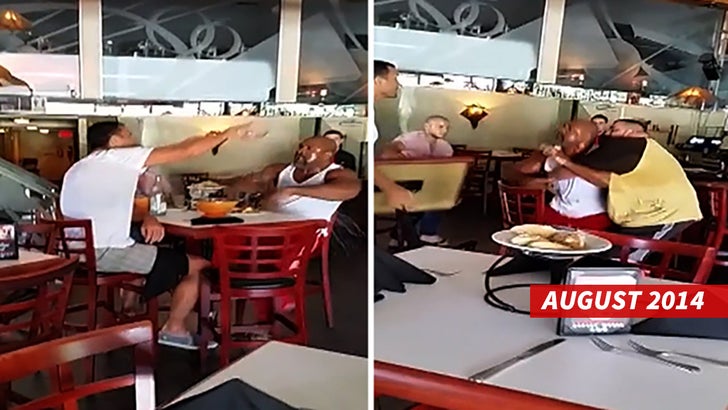 Current heavyweight champ Wladimir Klitschko and ex-champ Shannon Briggs went at it in a Miami restaurant in a scene straight out of Rocky III -- and now we have the video.

TMZ Sports broke the story … Klitschko was enjoying a bowl of pasta at Mama Mia's Italian restaurant on Friday when Briggs walked in and started taunting Wlad by eating food out of his bowl.

You gotta see what happens after that, but it gets ugly for Briggs. As we told you, he ended up going to the hospital to get glass removed from his foot.

The whole scene is awesome and bizarre -- but kinda stinks of Clubber Lang-Rocky Balboa. Especially since this scuffle went down just days after Briggs similarly interrupted a Klitschko training session.

Both camps swear the beef is real, and not just promotion. So … mangia!