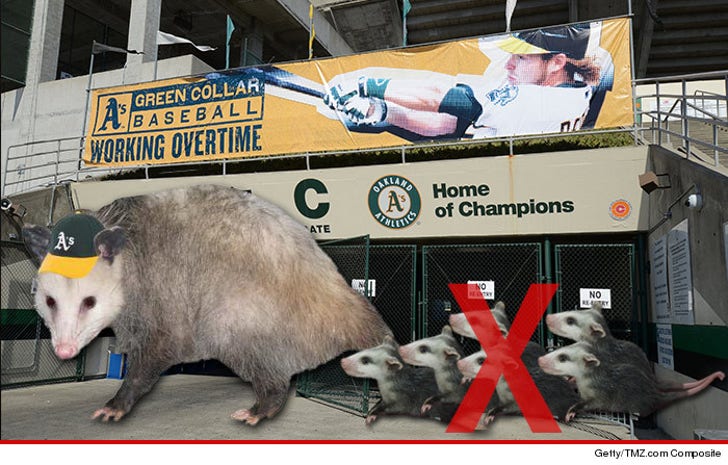 The Oakland A's are so desperate to maintain their hold on the best record in baseball, they are willing to let a wild opossum run free in their stadium ... as long as it doesn't reproduce.

The new good luck charm -- which fans have nicknamed "RallyPossum" on Twitter -- showed up at the stadium last week, but made it's first TV appearance during an extra innings game on Monday. Since the little critter arrived ... the A's have yet to lose.

Reps for the team tell TMZ Sports, "We're undefeated since he showed up, and have no intention of getting rid of him." The rep says they won't call Animal Control on RP ... unless it starts procreating like crazy.

FUN FACT: Opossum commonly give birth to more than 13 babies a pop. Now THAT'S a rally.