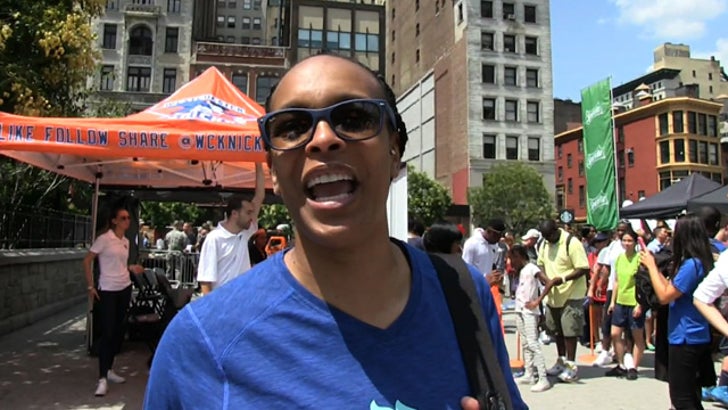 Teresa was beaming Tuesday in New York about the groundbreaking news -- the San Antonio Spurs hiring of Becky Hammon as an assistant coach. So, naturally we brought up another barrier that needs to be broken … dude cheerleaders working WNBA sidelines.

You gotta hear T-Spoon's take on it, but believe it or not -- she says a little spirited dong could be the perfect bait for WNBA fans of all sexes and sexual orientations.