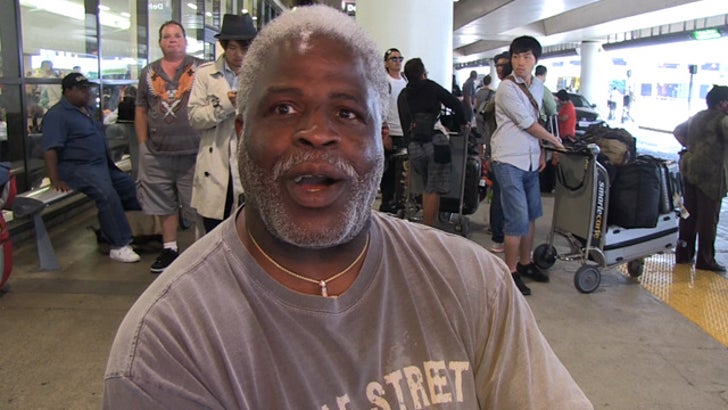 NFL Hall of Famer and Texas legend Earl Campbell is about to get a prestigious honor, but all he really cares about is hooking up again with his old pal Matthew McConaughey.

Campbell and McConaughey are set to receive the 'Distinguished Service' honor from University of Texas alumni group "Texas Exes" -- and Earl kinda shocked us when he revealed that he and Matt used to kick it in Austin.

But the Heisman winner knows a lot has changed since those days -- like Matt becoming an Oscar winner -- and he confessed he has one concern about their October reunion.

Watch the video -- Earl's one of the sweetest NFL tough guys (dude ran like a Mack truck) ... so we're sure he's got nothing to worry about.