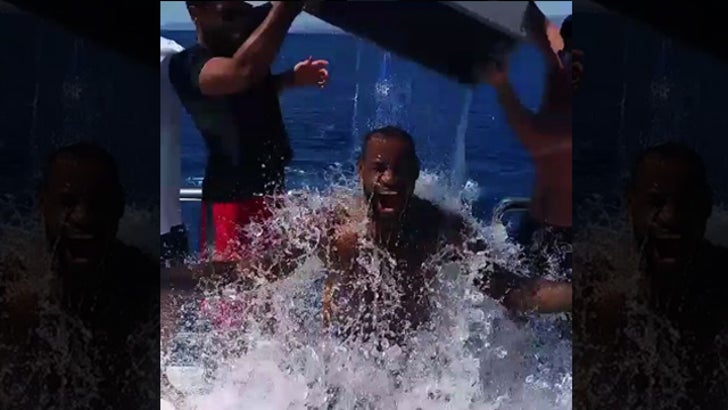 He even rejected Justin Bieber!!

And it seems pretty clear ... President Barack Obama believes images showing the POTUS dousing himself in ice water would be damaging to the presidency.

To be fair, Obama has said he'd donate money to ALS charities ... but he refuses to pour the water on his head -- despite the fact several politicians have already done it (including Chris Christie, Bobby Jindal and Joe Kennedy III).

So, we gotta ask ... do you think footage of the Commander-In-Chief splashing himself (for charity) is bad for his image? Or is he overreacting?

Clemson's Brevin Galloway Yeah, I Hurt My Balls ... But I Got An Undie Deal Out Of It!!!