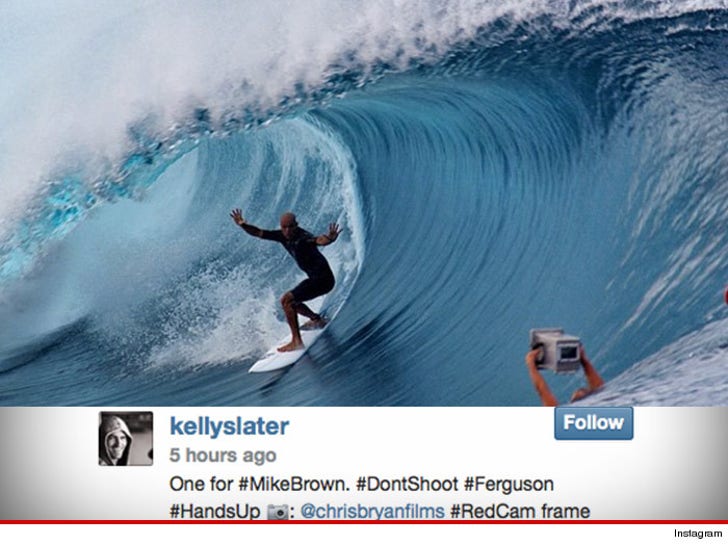 Surf legend Kelly Slater is choosing sides on the situation in Ferguson, MO -- riding a massive wave with his "hands up" as a tribute to Mike Brown -- the man who was shot to death on August 9.

Slater posted the pic on Instagram -- adding the caption, "One for #MikeBrown, #DontShoot #Ferguson #HandsUp."

The "Hands Up" gesture has become a sign of solidarity among those who believe the 18-year-old was attempting to surrender to police with his hands up when he was shot multiple times and killed by an officer.

In fact, several members of the Washington Redskins took the field with the "Hands Up" gesture during "Monday Night Football" this week.

And Nelly -- along with Chris Brown, Trey Songz and Bow Wow -- all put their hands up at a recent charity flag football game in L.A.

Meanwhile, back in Ferguson -- a grand jury will meet on Wednesday to begin hearing evidence in the case.