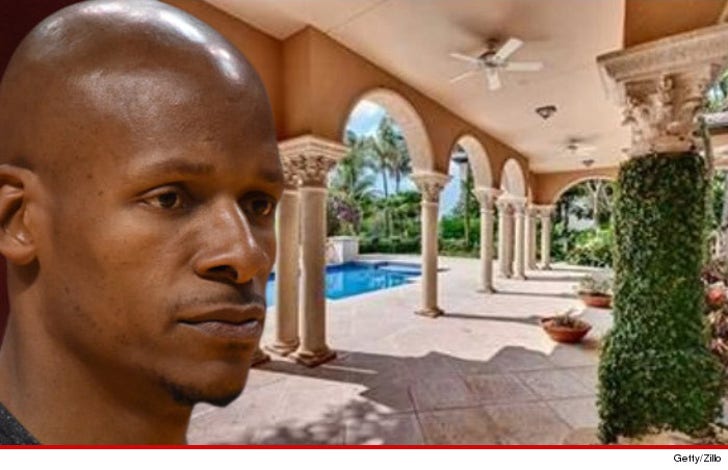 The 7 teens who entered Ray Allen's Florida home while his wife and children were asleep inside SHOULD HAVE been arrested ... so says the Coral Gables City Attorney who tells TMZ Sports he's gunning to change the laws so he can lock up trespassers in the future.

The backstory is crazy ... the teens were partying at a nearby home last week when they decided to waltz into Allen's home because they thought he was in Cleveland with LeBron James.

When they got inside ... after opening an unlocked door ... they were confronted by Allen's wife who screamed at the group to leave. So, they did.

Cops were called and officials found the teens -- who allegedly admitted to trespassing. Problem is ... because of the way the law is written in FL, cops couldn't arrest them.

Coral Gables City Attorney Craig Leen says cops are only allowed to arrest trespassers if an officer witnesses the crime ... and Leen believes the law needs to change immediately.

Leen says he will push for an "emergency ordinance to change current occupied trespassing to an arrestable offense without an officer having to witness it."

"Part of the ordinance will also urge the governor, and legislators to change current Florida law - and make it a felony to trespass an occupied home."

"We’re going to push this hard," Leen says ... "Ray Allen and his family -- they’re the victims here -- and we never want something like this to happen again."

As for the teens, Leen says they will still be prosecuted for trespassing -- and he's confident they'll be punished accordingly.