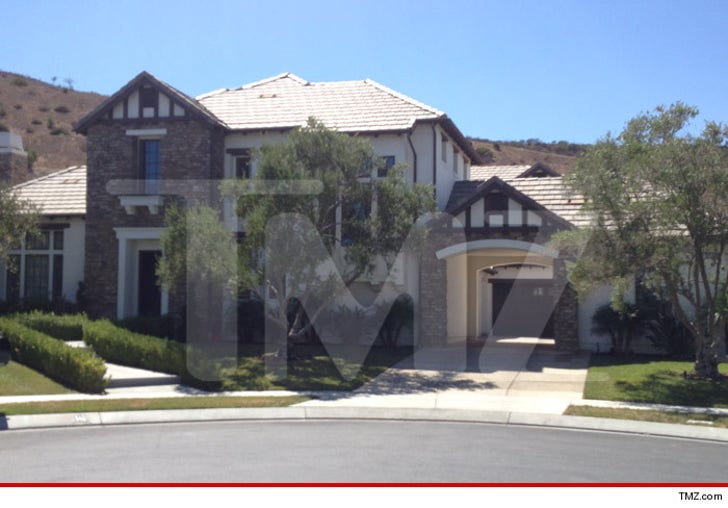 Katie Holmes has left NYC and moved to Black Beverly ... aka Calabasas, CA.

Our real estate sources tell us ... Katie just plunked down $3,795,000 on a 6,000 square foot home in The Oaks ... the fancy area where Kourtney and Khloe Kardashian live. Other residents include Katherine Jackson and her brood, Toni Braxton, Romeo, Mitch Richmond. Tyga recently moved out.

It was a super secret deal ... with a confidentiality agreement that socked anyone who violated it with a $1 million penalty.

Katie and Suri are already in the home. We're told Katie made the move for 2 reasons -- she wants back in Hollywood for her career, and she thinks Calabasas is a better place than NYC to raise Suri.

The cul-de-sac where she lives is populated by lots of kids around her 8-year-old daughter's age.

Weeks before escrow closed, Suri and her bodyguard went to a San Fernando Valley rescue shelter and picked out a chihuahua she named Maple, but they didn't pick it up because they were going to be gone until last week, when they moved in. We don't know if they picked up the pooch.