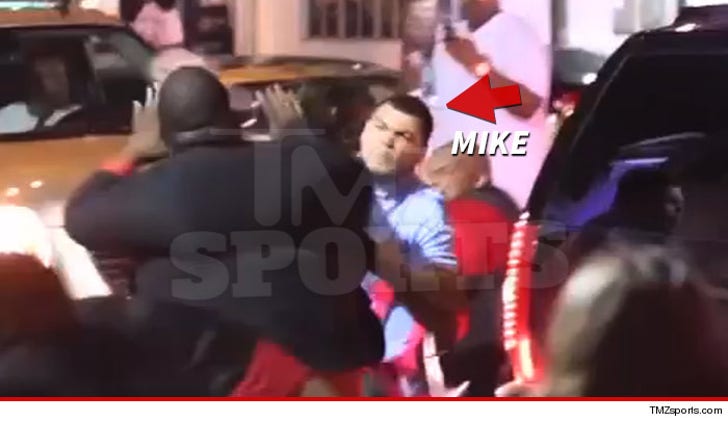 Despite the fact he told us on the record that the NFL "was aware" of the fight BEFORE the draft, he has now changed his story ... and is saying the league was NOT aware before the draft.

"No one was aware of the incident until today because it wasn't an issue because no one was arrested. They would have been aware, had there been an arrest."

Mike Evans' agent tells TMZ Sports ... the NFL knew all about Mike's involvement in a nightclub fistfight in Miami BEFORE the 2014 NFL Draft ... and says the teams ultimately deemed it a "non-issue."

We broke the story ... Evans was involved in an altercation outside Dream Nightclub in Miami Beach in March -- TWO MONTHS before he was drafted by the Tampa Bay Bucs.

Evans' agent, Deryk Gilmore tells TMZ Sports ... everyone took the incident seriously, but because no one was arrested -- including Mike -- it didn't dissuade teams from drafting the WR.

Gilmore insists Evans is a "great kid" -- adding, "[He] loves football. He would never ever ever ever do something to show otherwise."

"Mike always wants to represent the NFL shield in the appropriate way."