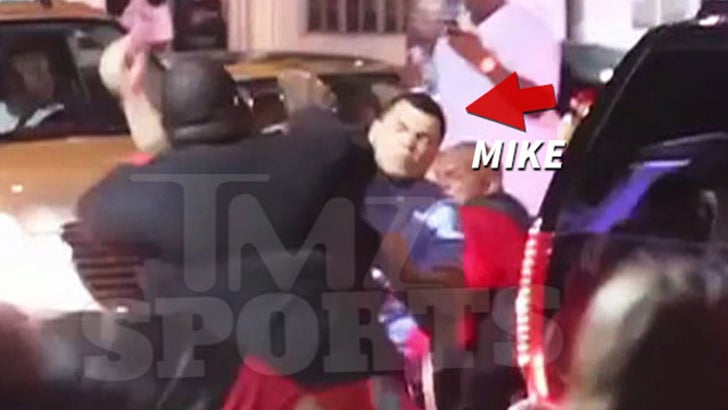 Tampa Bay Buc rookie wide receiver Mike Evans was DETAINED by Miami Beach PD after a nightclub fight in March ... after he was KICKED OUT of the club ... cops tell TMZ Sports.

We broke the story ... Evans -- the #7 overall pick in the 2014 NFL Draft -- was involved in an insane brawl outside Dream nightclub on March 15th ... and could be seen throwing punches at multiple people.

Now, the Miami Beach PD tells TMZ Sports ... the whole thing started after Evans was THROWN OUT of the club -- along with 2 other individuals.

Evans could be seen in footage posted on TMZ Sports yelling at club security -- and eventually fists began to fly.

The Miami Beach PD tells us ... officers were flagged down by nightclub security who called for additional units to respond.

Cops say, "The three individuals -- including Michael Evans -- who were originally kicked out of the establishment were later detained by officers for further investigation."

Evans -- and the two other men -- were transported to a nearby station ... but ultimately released without charges.