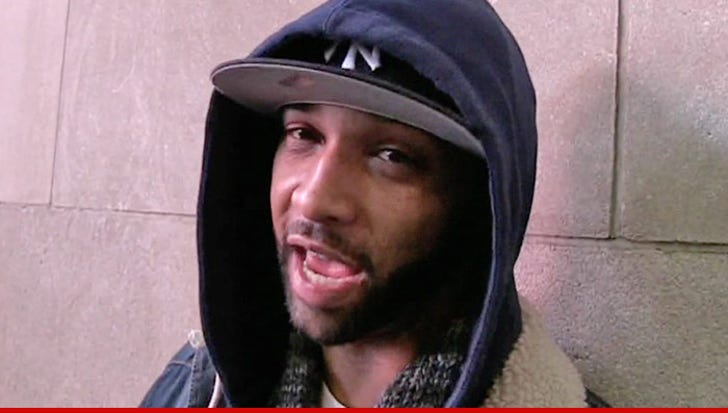 6:23 A.M. PDT -- The D.A. added an additional count of criminal obstruction of breathing ... when Budden was officially charged late Wednesday night. According to the complaint, Budden allegedly grabbed his girlfriend's cellphone from her, then grabbed her by the neck, making it hard for her to breathe.

Rapper Joe Budden -- who is accused of brutalizing his GF -- surrendered to NYC cops Wednesday morning, but arrogantly predicted he'd soon be out on the streets partying it up with strippers.

Budden turned himself in to NYPD's 34th precinct ... where he was charged with robbery and grand larceny -- for allegedly taking his GF's cell phone during a violent assault. While he was still in custody ... Budden tweeted, "I'll be out in time for the strip club later."

As we reported ... sources say Budden became enraged when he saw pics of his girlfriend with other men. He allegedly dragged her out of a NYC restaurant ... and drove her to his home in NJ where she told cops he beat the crap out of her.

NJ cops are still investigating the alleged assault ... so Budden might not want to brag about his freedom just yet. 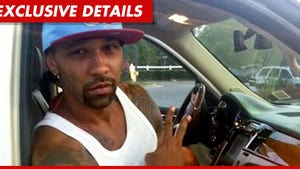 Rapper Joe Budden -- I Was Arrested Over a $75 Traffic Ticket