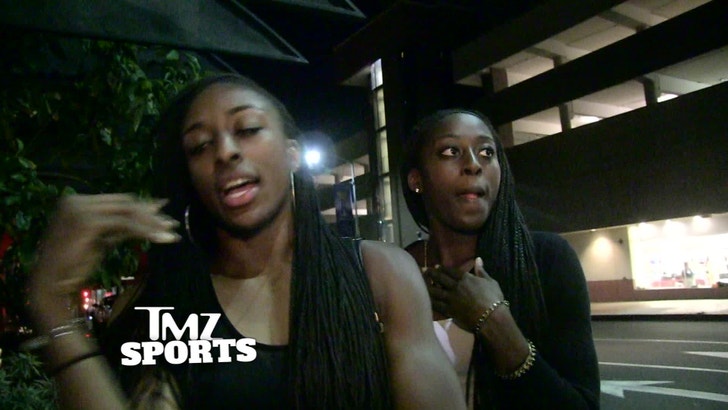 It's not a good time for American athletes playing in Russia ... so says WNBA star Nneka Ogwumike -- who says things are getting so bad, she's considering QUITTING her Russian club team.

Ogwumike was out in L.A with her sister Chiney (also a WNBA star) and told TMZ Sports the Russian ban on American products is 100% real.

"We're not allowed to have anything that says 'Made In America' over there," Nneka says ... "It's tough."

No McDonalds. No Miley Cyrus. No Wonder Woman lunchboxes.

Nneka says things are getting so bad, she's considering quitting her club team and looking for work in another country.

FYI -- women's basketball is huge in Russia and various parts of Europe. There could be a chance she joins her sister who currently plays for a club team in Italy.