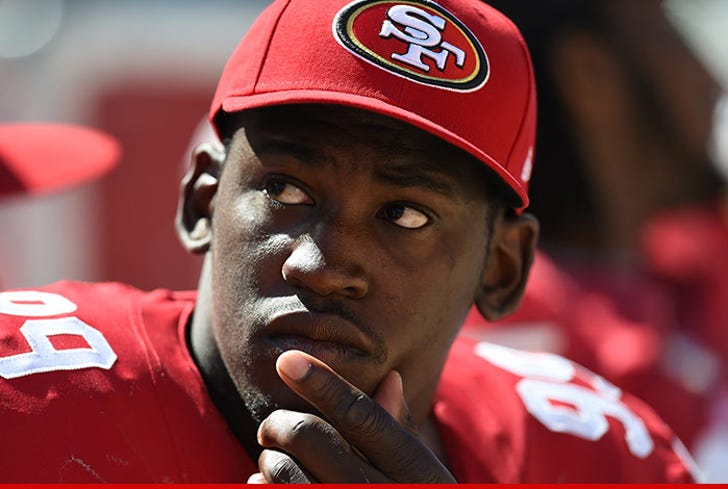 The 49ers will be without superstar linebacker Aldon Smith for the first 9 games of the season -- because the NFL has just suspended #99 for raising hell off the field.

The league was not specific about which incidents Smith is being punished for (he's been in trouble a lot lately) ... but it's likely the move is tied to Smith's recent plea deal in Santa Clara, CA.

As we previously reported, Smith was sentenced to 12 days in jail in a case involving a DUI (from 2013) and weapons charges (from 2012).

He was also arrested at LAX earlier this year for yelling "bomb" in the airport -- but officials ultimately decided not to prosecute Smith for that.