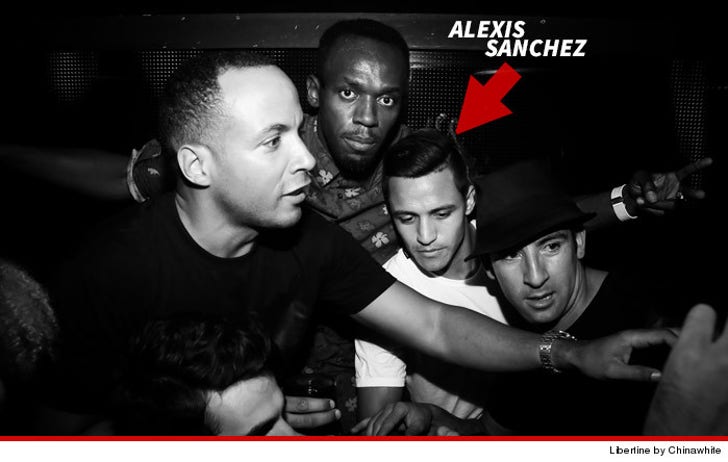 Usain Bolt took over a nightclub in London this week -- hijacking the DJ booth to help one of his famous friends celebrate a HUGE night on the soccer pitch ... and we've got the video.

It all went down at Chinawhite nightclub -- where Bolt was partying with Arsenal star Alexis Sanchez ... who had scored his first goal with the world-famous squad earlier that night.

Check out the video -- Usain definitely seems at home behind the ones and two's ... singing along and spinning some Chris Brown and Drake records.

Now that Bolt, CB and Drake have shared musical brotherhood, here's to hoping he gets his REAL wish ... which is joining those two guys in the brotherood of eskimo. 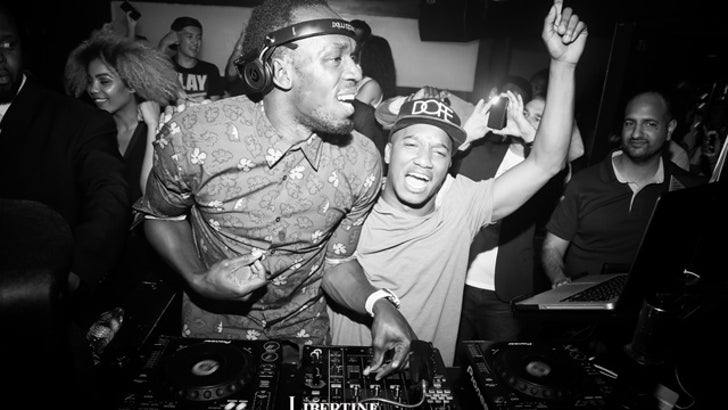